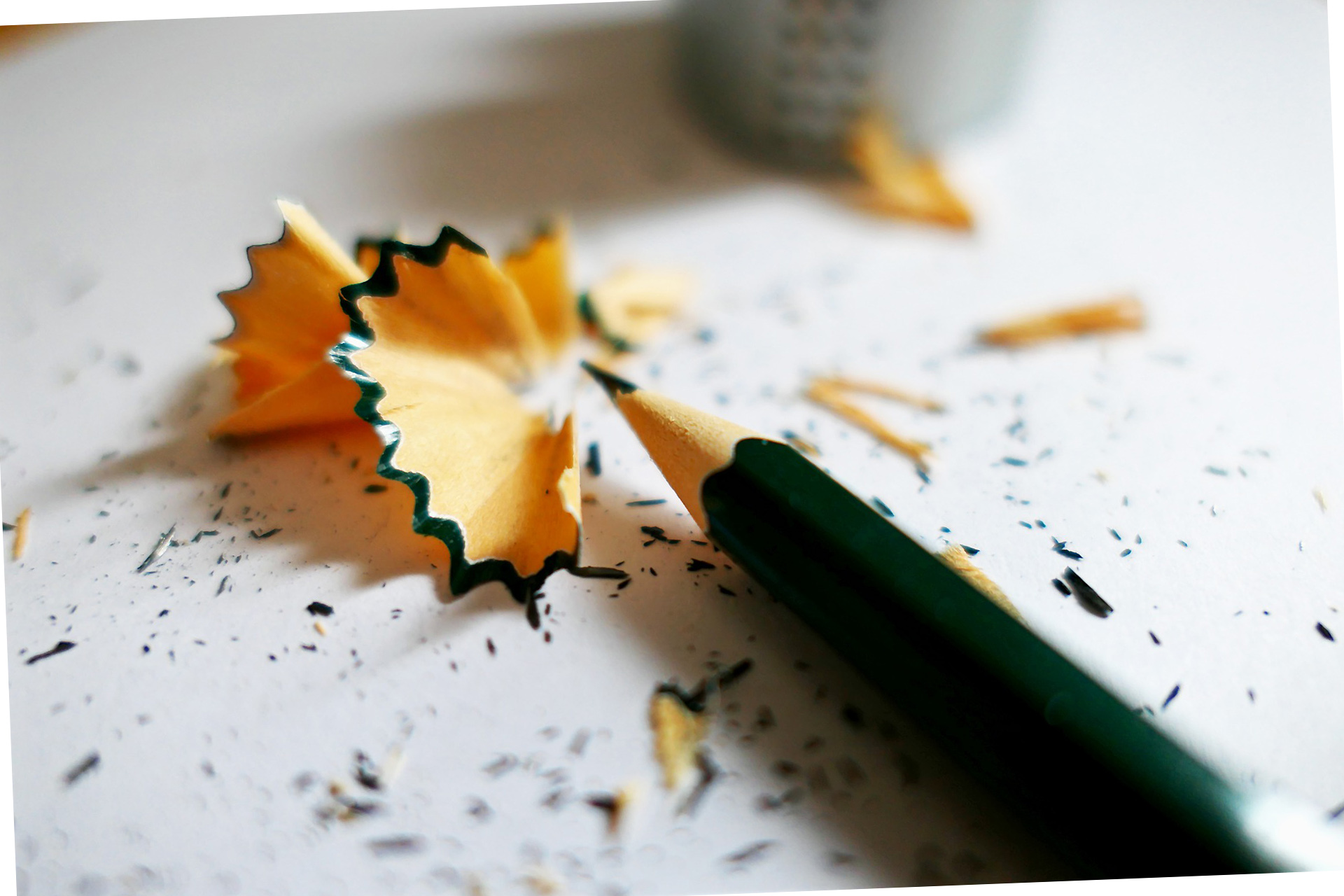 Do you remember the time when you had to spend crucial minutes before an important exam or lecture to sharpen your pencils? Important exams like the SATs and GREs still require the use of pencils and time is of the essence in those exams where wasting even a single minute is unaffordable. With the technological revolution in every field, stationery manufacturers are also not behind. They are constantly bringing innovation in the products. One such latest product which is introduced in the market these days is an electric pencil sharpener.

The electronic sharpeners are operated by AA batteries or by AC current input. These sharpeners are capable of detecting the pencil when inserted in and automatically starts the sharpening procedure when the pencil is inserted in. Moreover, you don’t need to stop the sharpening even yourself. These sharpeners have incorporated sensors that automatically shut off the device when the lead pencil is sharpened enough and a sharp pointy nib is obtained.

You can also sharpen the pencil yourself according to the usage. For example, drawing requires a sharp nib, while shading requires a slightly blunt nib. Modern electric pencil sharpeners also feature a rechargeable battery which makes it portable and can be used anywhere in case of electricity cut off.

Design of an electric pencil sharpener

An electric sharpener is just like the ordinary ones just with the addition of a motor and some circuitry with batteries. The blades are made up of high-quality stainless steel which is operated through the powerful motor. Some electric sharpeners are designed to be used vertically while some are designed to be used in the horizontal direction. Almost all of the electronic pencil sharpeners incorporate a waste reservoir that stores the waste which is created as a result of sharpening the pencil.

Most of these devices feature an automatic operation sensor that senses that a pencil is inserted and sends a signal to the feedback system to turn on the motor to sharpen the pencil. After achieving the perfect trimming and tip, the sharpener automatically shuts off. Modern manufacturers have also introduced options to sharpen the pencil according to the user’s convenience.

These options include the sharp, medium and blunt sharpening which can be selected by the user according to his usage. The design of the electric sharpener is quite sturdy and is designed to be carried around. They are also offered in different colors which can add to the aesthetics of the office or classroom.

Electric pencil sharpeners can be operated through an AC adapter, AA batteries or a USB input. Some of the sharpeners incorporate rechargeable batteries which can be carried around and can be used in case of electricity cut off. As pencil is mostly used by young students, so the safety features of this device are also important.

The manufacturers also kept this thing in mind and have introduced some safety features in electric pencil sharpeners. The steel blades are covered with a shaving cover made up of plastic or some other material. The sharpener is incorporated with sensors that are capable of shutting down the operation in case the shaving cover is removed or damaged. The design of the sharpener also reduces the operation time considerably.

Features to look when buying an electric pencil sharpener

The features of electric pencil sharpeners are great. Following mentioned are some of the characteristics which can be decisive in making a purchase decision:

This will again depend upon the usage of the consumer that which sharpener he will choose. The design and color of the sharpener will also add to the aesthetics of the office or the room, so this aspect is really important in making a purchase decision.

As the sharpeners are mostly used by students, so the safety feature is an important aspect of this device. Mostly electric pencil sharpeners feature sensors that automatically shut off the operation when the shaving cover is removed. Thus, look for the safety features before making a purchase decision. 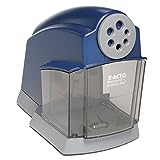 The electronic sharpener introduced by X-ACTO is one of the most durable products in the market. it comes with a warranty of 10 years from the manufacturer. It features high-quality cylindrical blades that sharpen the pencil to a rounded tip instead of a sharp tip which enhances the handwriting of a student. It also incorporates heavy-duty electric motor and safety sensors which prevent the heating of electric motor and stops the operation when shaving cover is removed. Moreover, you can sharpen pencils of 6 different sizes by using X-ACTO School Pro 1670 Electric Sharpener. 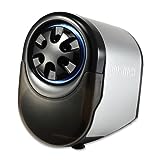 Bostitch has introduced an electric sharpener in the market which is famous for its faster operation. It can sharpen a pencil in about 5 seconds. Its high-quality blades are rotated through a fan-cooled heavy-duty motor, thorough which pencils of various sizes can be sharpened. Its security features are also incredible and aids in the sale of this product.

So this handy product is a must to have one if you want to save your crucial time before an exam or a lecture. The safety and portability feature of this product is already making it one of the most demanded stationery items in the market.